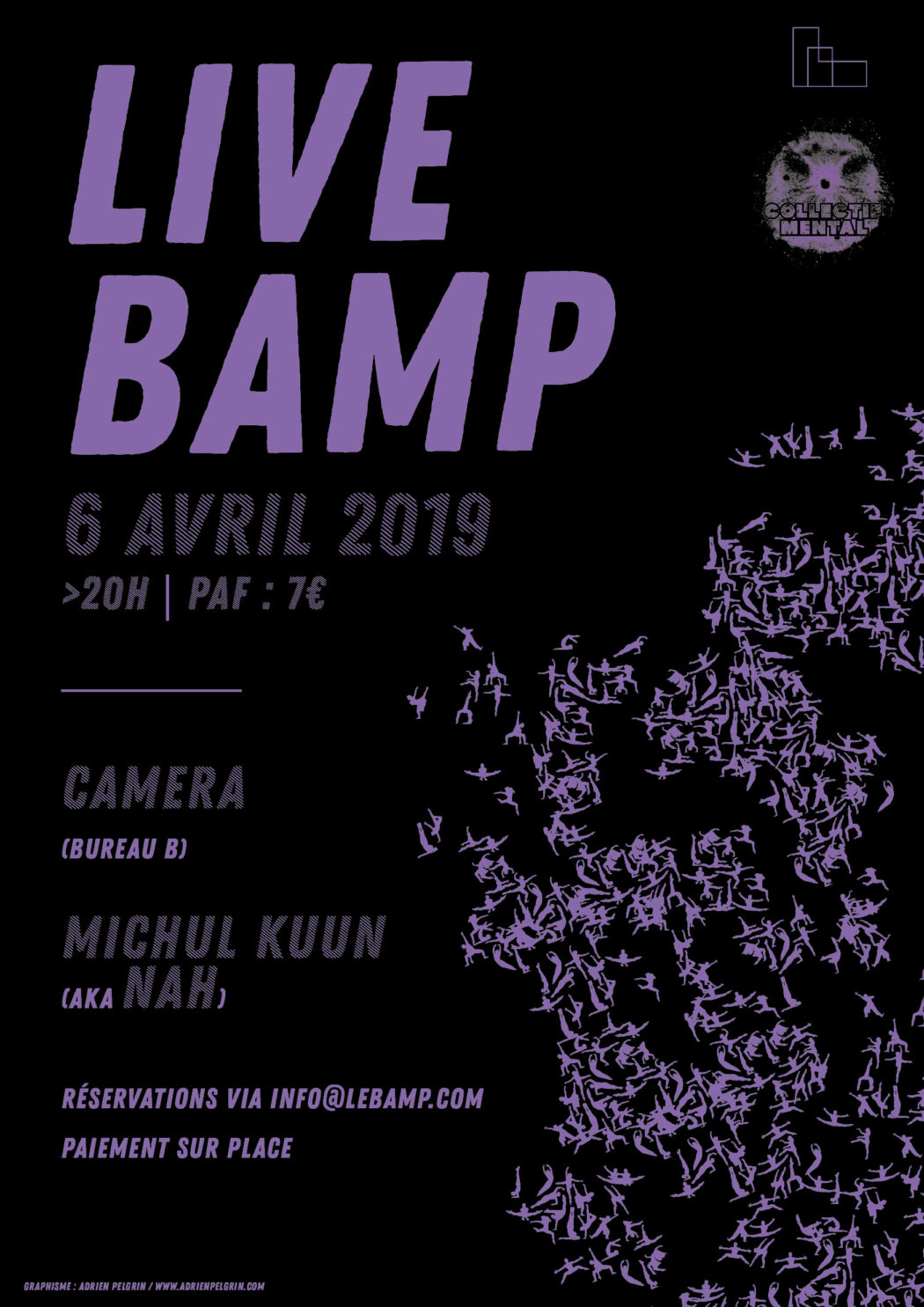 Started as the so called « Krautrock Guerrilla » in 2012, six years later the Berlin combo Camera are releasing their fourth full-length album. Customarily associated with the likes of NEU! and La Düsseldorf it is time to allow Camera to break free of the krautrock tradition and accept that they are very much doing their own thing now. Motto: « It’s not repetition, it’s discipline ». For fans of nominative determinism, there can be few more apposite appelations than Michael Drummer. He is the catalyst, the chain mail vapour trail linking everything together as he crosses the soundscape of everything captured on Camera.

The band’s moniker Camera, meanwhile, is an altogether more capricious calling card. Camera obscura. Camera lucida. From daguerrotype to digital, self-induction to selfies. The song title Super 8 offers a potential clue to the camera in their mindâ€™s eye. When Super 8 was introduced in 1965, it was one of the few film formats to accommodate a sound track, occupying the space between the edge of the film and the image area. Perhaps this will serve as a nice analogy when pondering where Camera’s music comes from.

Emotional Detox is the fourth full-length album by Camera, now a quintet, following two albums as a trio and one as a duo. The line-up on ED comprises Steffen Kahles, Michael Drummer, Michel Collet, Andreas Miranda and Timm Brockmann, all more or less based in Berlin.

Drummer is the only constant through all four phases. Keyboarder Timm Brockmann, who left the group in 2014, returns to the fold. He and Franz Bargmann, who left Camera the year before him, released a Brockmann // Bargmann LP entitled Licht on Bureau B in 2017, a celebration of keys, guitars and effects which, at times, emulated the ferocious potential of Camera. By the time Steffen Kahles joined the band, Brockmann had already departed, so the new ensemble adds another twist in bringing together two keyboard players from different Camera phases for the first time. The Brockmann Drummer reunion, meanwhile, completes a circle tracing back to early Camera experiences shared in 2010/11, playing on the streets of Berlin (literally).

Paradoxically, the new, expanded Camera line-up sharpens the focus of the tracks running through Emotional Detox. With Drummer not so much joining the dots as hammering them home with a nail gun, the stronger framework allows even greater freedom for the musicians to express and ultimately align their disparate creative interests. Throw a single stone into a pond and concentric circles will ripple outwards into infinity.

A swoosh of parallel lines. Boundless symmetry. The soundscape assumes the quality of a cinematic loop, like watching the same film over and over, yet discovering new things each time it plays. As a mythological Mancunian once said before the fall: it’s not repetition, it’s discipline.

Customarily associated with the likes of NEU! and La Düsseldorf perhaps it is time to allow Camera to break free of the krautrock tradition and accept that they are very much doing their own thing now. The « Krautrock Guerrilla » tag was cute and catchy for a while, but the flanged depths of Himmelhilf sound more Bloody Valentinesque, less like echoes of Cluster or Harmonia.

Michul Kuun (aka NAH) is a Philadelphia based, percussionist, producer, and visual artist. A staple of the city’s rich avant-garde scene, MK is a prolific sound sculptor who’s developed a dynamic synthesis of textured noise and confronting percussive rhythms.

Performing live with little more than a drum kit and various samplers, he channels a frenetic energy that teeters on the edge of violent hostility and playful chaos. Kuun’s output spans loose, ambient-leaning moments to frenetic, jazzy fragments, extreme punk outbursts, and the comforting sounds of lo-fi hip hop.

His new album ‘GREAT (then after awhile, it didn’t mean anything to them)’ is out February 15th and features collaborations with Wiki, Obongjayar, Klein, Nappy Nappa, and Isaiah Barr.